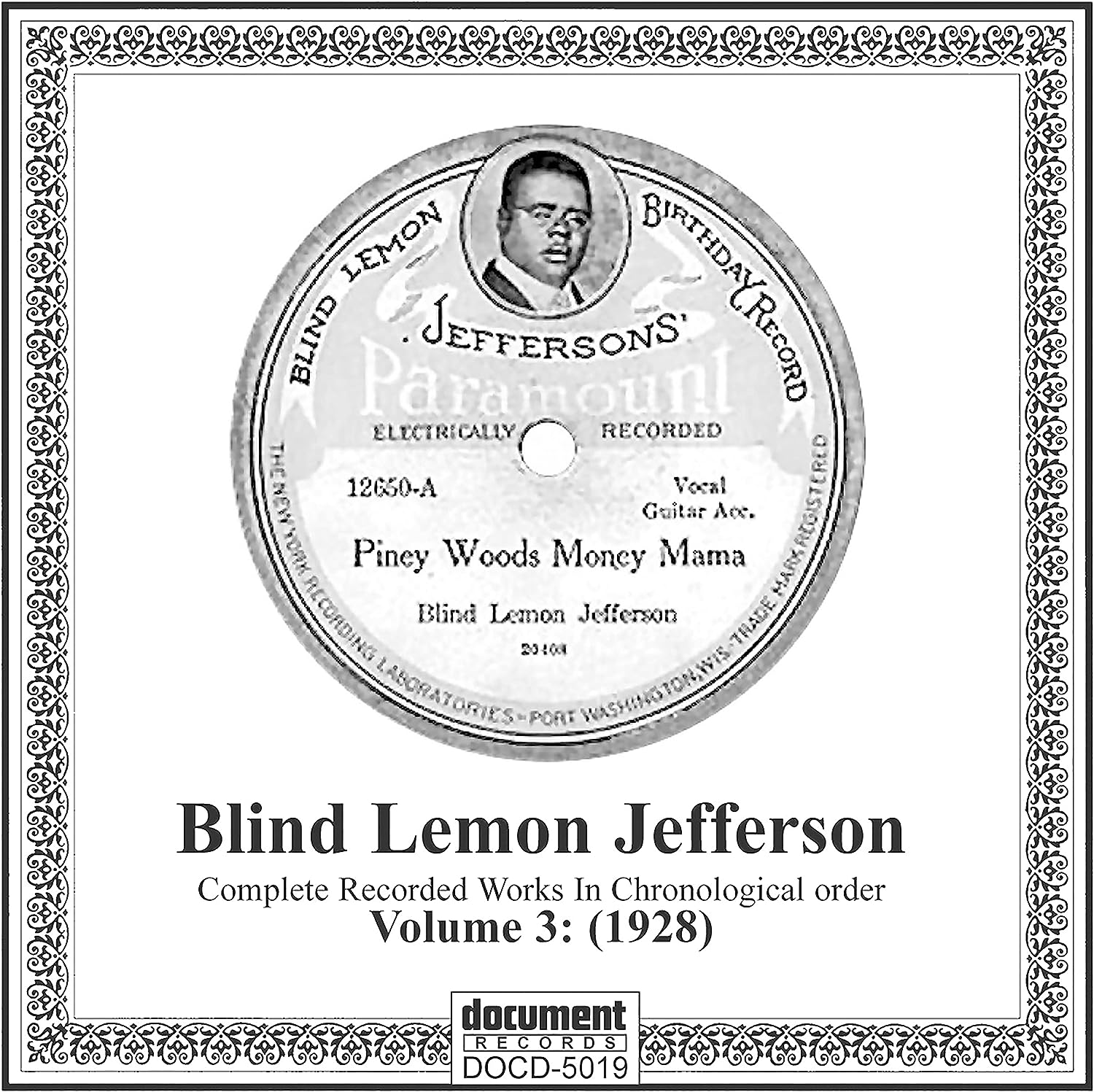 Due to the rough sound transfer of the original Paramount acetates and 78s, this third in a five-CD series is strictly for completists and historians. That being said, Blind Lemon Jefferson was at the height of his powers in 1928 and the songs here represent some of his darkest themes and most striking visual imagery. "'Lectric Chair Blues" describes a sentenced man "sittin' in the electrocutin' chair and cryin'," while on "Lock Step Blues" Jefferson bemoans the "big rats" in his prison cell. But there are happier moments like "Christmas Eve Blues" and the celebratory "Happy New Year Blues." Jefferson's intricate fingerpicking can be distinguished on these tracks, but it's his powerful two-octave voice that really penetrates the mists of time. Truly revelatory stuff if you have the patience. --Ken Hohman